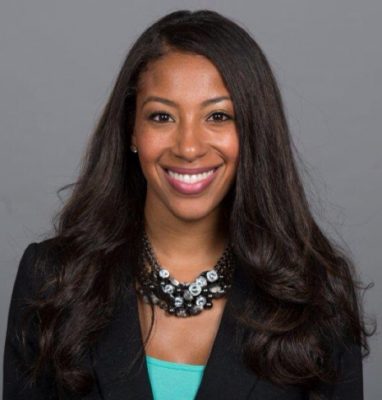 Brittney McNorton is the wife of Calvin Johnson, who was a Detroit Lions wide receiver who has played since he made the NFL Draft in 2007 until 2016. Superstar wide receiver nicknamed “Megatron” who set an NFL record for single-season receiving yards with 1,964 in 2012.

Brittney was born in Michigan to Rosalind McNorton and Bruce Edward McNorton. McNorton graduated in 2008 with a Bachelor of Art, Communication specializing in Public Relations from Michigan State University. She worked for the Detroit Lions as an intern and premium suite sales in July 2008 and later, promoted to the position of a promotion manager.

Brittney married Calvin Johnson, former Detroit Lions wide receiver. The couple got engaged in 2015 and married in 2016 in Metro Detroit. She is the step-mother of Calvin Jr.

We do not have information regrading her age and net worth right now. For updates, follow her on Facebook.