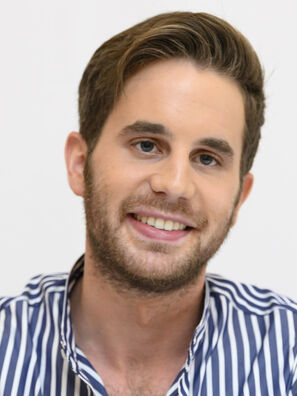 Born on September 24, 1993, Ben Platt is an American actor, singer, and songwriter who rose to fame for the role in Broadway productions of The Book of Mormon (2012–2013) and Dear Evan Hansen (2015–2017), receiving multiple accolades for his performance as the title character in the latter, including the Tony Award for Best Actor in a Musical. Platt signed with  Atlantic Records in 2017 and released his debut studio album, Sing to Me Instead, in March 2019. In May 2020, a concert film titled Ben Platt Live from Radio City Music Hall debuted on Netflix.

He was born in Los Angeles, the fourth of five children of Julie and Marc Platt. His father is a film, television, and theater producer. He and his family are Jewish. He attended the Adderley School for Performing Arts and Harvard-Westlake School in Los Angeles, graduating in 2011. He then enrolled at Columbia University in New York but dropped out after six weeks to fulfill his contract with The Book of Mormon.

Platt is openly gay and he is dating Noah Galvin since May 2020.

Platt is openly gay and came out to his family when he was twelve years old, and publicly in 2019, before the release of his song “Ease My Mind”.