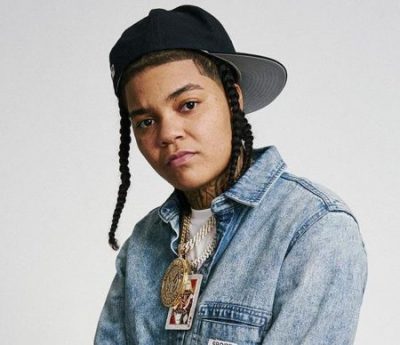 Who is Young M.A?

Born on April 3, 1992, Katorah Marrero, better known by her stage name Young M.A is an American rapper and entrepreneur who gained widespread recognition with the release of the quadruple-platinum hit single “Ooouuu“, breaking the top 20 of the Billboard Hot 100, boasting over 300 million YouTube views on the music video.

After the success of her debut single, Young M.A was nominated for BET and MTV Artist of the Year and Female Hip-Hop Artist of the Year awards. She began appearing on magazine covers, and in 2016, opened for Beyoncé at MetLife Stadium. She has appeared on a variety of television shows and performed alongside Alicia Keys on The Tonight Show Starring Jimmy Fallon and the same year she launched the KWEENZ Foundation with her mother.

Young M.A was born in Brooklyn, New York. Her mother is Jamaican, and her father is Puerto Rican. She grew close to her brother, Kenneth Ramos, and her mother in the absence of her father. Her father was behind bars for 10 years. In 2010, she graduated from Sheepshead Bay High School.

When she was 10, she started to write rhymes in her schoolbooks. Her mother encouraged her and purchased a karaoke machine.

Is Young M.A married or single? Who is she dating now?

Yes, She is lesbian.

Who is Leslie Jones?