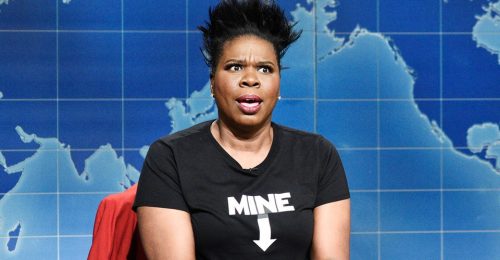 Born on September 7, 1967, Leslie Jones is an American comedian and actress who was a cast member and writer on Saturday Night Live from 2014 to 2019. Her one-hour comedy special, Problem Child, was broadcast on Showtime. Jones starred in  Ghostbusters (2016) as Patty Tolan. In 2017 and 2018, Jones was nominated for a Primetime Emmy Award for Outstanding Supporting Actress in a Comedy Series for her work on Saturday Night Live.

Jones was born in Memphis, Tennessee. Her father was in the United States Army, and her family moved frequently. She had a brother, Rodney Keith Jones (1971–2009). She attended high school in Lynwood, California, where she also played basketball. She attended Chapman University on a basketball scholarship and transferred to Colorado State University when her coach Brian Berger left Chapman for Colorado State. She intended to become a lawyer, but changed her mind and changed her major a few times, including to business accounting and computer science, and ended up majoring in communications. At Chapman, Jones became a radio DJ.