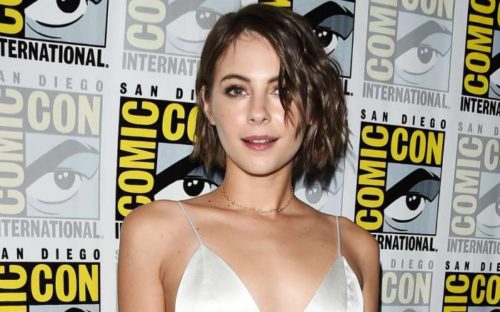 Willa Joannachance Holland, is an American actress, voice actress and model. She is known for her roles as Kaitlin Cooper in the Fox teen drama The O.C., Agnes Andrews in The CW series Gossip Girl, Aqua in Kingdom Hearts, and Thea Queen in Arrow.

Holland was born in Los Angeles to cinematographer Keith Holland and actress Darnell Gregorio-De Palma. Her mother was remarried to director Brian De Palma. She grew up with two sisters: Brianna Holland and Piper De Palma . Holland attended  Palisades Charter High School for only six weeks because her career was taking off and school peers were dismissive of her acting pursuits.

Upon returning to Los Angeles that September, Holland signed with Ford Modeling Agency at age seven, and immediately booked a shoot for Burberry.  She has modeled for Guess, Gap, Abercrombie & Fitch and Ralph Lauren.

In 1999, De Palma took Holland to a theatrical talent agency. Since then she has appeared in many national commercials. During 2001 when Holland was ten, she worked alongside her cinematographer father in Ordinary Madness. The actress has appeared in three music videos. These are the songs Keep Me Up All Night, Fearless Love, and 8050.

Is Willa Holland single or married? Who is she dating?

Willa Holland is dating Nate Walton, a professional photographer since 2015.