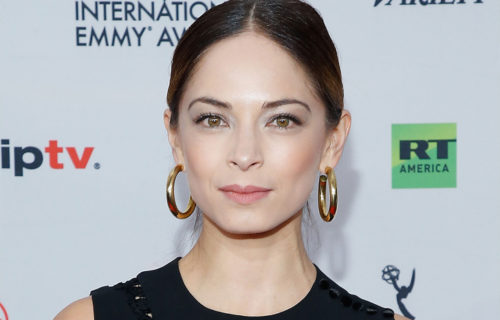 Kristin Laura Kreuk  is a Canadian actress. She is known for the roles of Lana Lang in the superhero television series Smallville and Laurel Yeung in the Canadian teen drama Edgemont. She has also starred in movies such as Snow White: The Fairest of Them All (2001), Street Fighter: The Legend of Chun-Li (2009), and Irvine Welsh’s Ecstasy (2011).

Kreuk was born in Vancouver, British Columbia, to Peter Kreuk and Deanna Che, two landscape architects. Her father is of Dutch descent, her mother is of Chinese descent, born in Indonesia, and her maternal grandmother was Chinese Jamaican. She has a younger sister, Justine Kreuk.

Kreuk trained in karate and gymnastics at the national level until high school, but quit in grade 11 due to scoliosis. Kreuk was planning to study forensic science or psychology at Simon Fraser University, and was surprised when a casting director for the CBC television series Edgemont contacted her at her high school.

Kreuk appeared in the comedy film EuroTrip (2004), playing the girlfriend who cheats on the protagonist with a musician (played by Matt Damon). From 2012 to 2016, Kreuk played the role of Catherine Chandler in The CW series Beauty & the Beast.

Kristin Kreuk is currently dating Mark Hildreth. The couple started dating in 2004 and have been together for around 16 years.

Does Kristin Kreuk have breast implants?