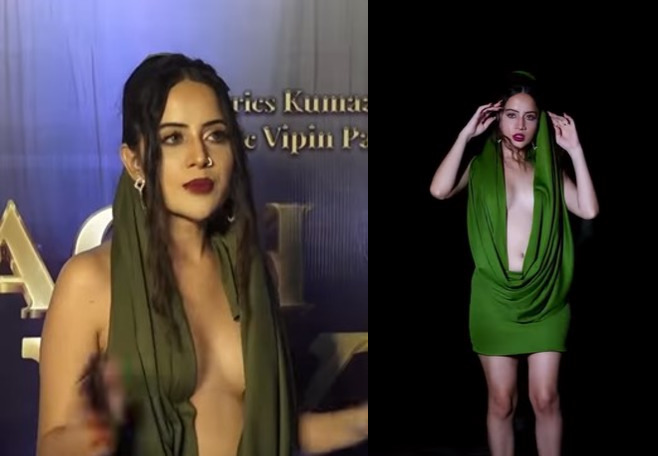 Urfi Javed, who shares a friendly relationship with the paparazzi, got upset after she heard a video of hers at Jhalak Dikhhla Jaa’s launch party. Apparently, a pap commented on her dressing sense which made Urfi terribly upset.
At a recent event, Urfi stood at the red carpet and questioned the paps directly about it. She began by asking, “Do I not respect you guys. I give you enough respect, right? Have I ever disrespected anyone?”

A disappointed and angry Urfi added, “I am not coming for this, please…tumhe agar kapdo pe comment karna hai na apni girlfriend aur apni ma behen ke ghar pe jake karo. Mere kapdo pe koi comment nahi karega aaj ke baad (If you want to comment on clothes, then go to your girlfriend or mother, sister’s house and do it. Don’t comment on my clothes from now on). I give you guys so much respect and if this is what I am getting back, please! Mein yahi bolne aayi this.”

Read Also: Urfi Javed makes a top with flowers and cling wrap, Check it out!