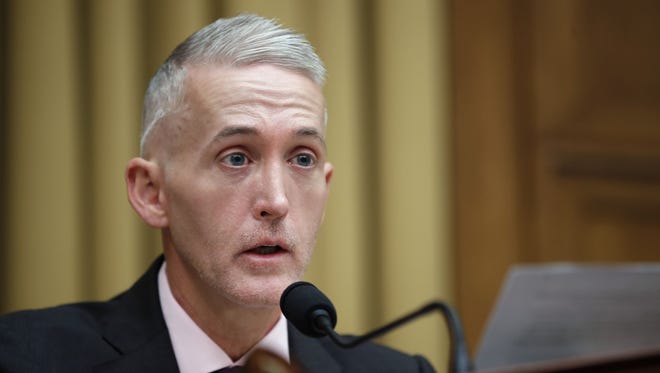 Born on August 22, 1964, Trey Gowdy is an American television news personality, former politician, and former federal prosecutor who served as the U.S. Representative for South Carolina’s 4th congressional district from 2011 to 2019. He has since joined the law firm Nelson Mullins Riley & Scarborough, and also joined Fox News as a contributor. In October 2019, he announced he was joining President Donald Trump’s legal team and because of conflict of interest would no longer serve as a contributor to Fox News.

Gowdy was born in Greenville, South Carolina to father Harold Watson “Hal” Gowdy Jr., MD. and mother Novalene. He graduated from  Spartanburg High School and earned a Bachelor of Arts in History from Baylor University (1986). He received his Juris Doctor from the University of South Carolina (1989).

Gowdy is married to Terri Gowdy, a former Miss Spartanburg and 2nd runner up for Miss South Carolina. They have two children, Watson, and Abigail.