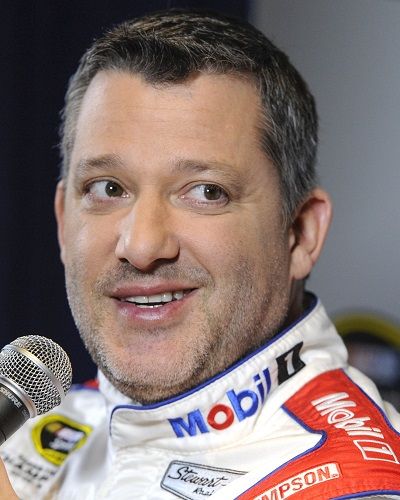 Born on May 20, 1971, Anthony Wayne Stewart is an American semi-retired professional stock car racing driver, current NASCAR team co-owner of Stewart-Haas Racing, and current co-owner of the Superstar Racing Experience. He is a three-time NASCAR Cup Series champion as a driver, winning titles in 2002, 2005, and 2011. As a team owner, he has won NASCAR Cup titles in 2011 with himself and in 2014 with Kevin Harvick as drivers. Throughout his racing career, Stewart has won racing titles in Indy, midget, sprint, and USAC Silver Crown cars. He is the only driver in history to win a championship in both IndyCar and NASCAR.

He last competed full-time in the NASCAR Sprint Cup Series (now known as the NASCAR Cup Series) during the 2016 season, driving the No. 14 Chevrolet SS for his own team, Stewart-Haas Racing, under crew chief Mike Bugarewicz. Stewart is the only driver to win the Cup Series championship under the old points system and the chase playoff format and is the only driver to win the title under three different sponsorships (Winston in 2002, Nextel in 2005, and Sprint in 2011). He is also the first driver in the Cup Series to win the championship by virtue of a tiebreaker. On May 22, 2019, Stewart was inducted into the NASCAR Hall of Fame.

Tony was born and raised in Columbus, Indiana to Pam Boas and Nelson Stewart. He has a sister, Natalie Stewart. He grew up racing go-karts and was successful very early, winning a World Karting Association championship in 1987. He moved up to the United Midget Racing Association (UMRA) where he raced TQ (three quarter) midgets until 1991 when he again moved up this time to the United States Auto Club (USAC) series with help from one of his karting sponsors and friend Mark Dismore.