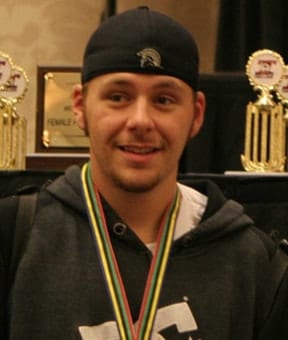 Born on September 19, 1984, Tony Spredeman is an American master table football player. He is a multiple World Champion and often partners with Billy Pappas in the Open Doubles format. He is widely considered the best foosball player on Tornado nowadays and in the multi-table format, he certainly is one of the strongest players in the world as well. His five-bar series is not only unique in the world of foosball.

He has won several World Championships – including the Tornado Worlds 2008 and finished 2nd at the ITSF World Championships in early 2009 which is a multi-table tournament. In April 2010, Tony Spredeman became the global spokesperson for the Fireball table.

Tony was born in Milwaukee, WI, USA and he is currently living in Florida. His parent’s information is not available right now. He started playing foosball in 1996 when he was 11 years old at a recreational center for kids

Tony is currently single and has not got married. For more updates, follow him on Instagram or tonyspredeman.com.