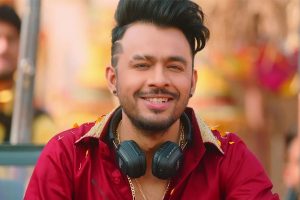 Who is Tony Kakkar?

Born on 9 April 1984, Tony Kakkar is an Indian singer, composer, and lyricist who is famous for his cringe pop songs. Kakkar made his debut in Bollywood in 2012, as a music director with the film Mr. Bhatti on Chutti, for which he composed the song “Good Boys Bad Boys”. He is the brother of singers Sonu Kakkar and Neha Kakkar. In 2015, he founded Desi Music Factory, a record label along with Anshul Garg.

During this time, he also worked as a lyricist for composer Sandeep Chowta. The breakthrough came when rumors started that he composed the song “Sawan Aaya Hai” for the film Creature 3D.

Tony was born in Rishikesh, Uttarakhand Rishikesh Kakkar, and Niti Kakkar. Kakkar has two sisters, Sonu Kakkar and  Neha Kakkar, who are both successful singers in the industry.. His family moved to Delhi in 1990s, where the siblings used to sing at jagratas. In 2004, Kakkar and his sister Neha shifted to Mumbai. In Mumbai, he started learning the technical aspects of composing music. During this time, he also worked as a lyricist for composer