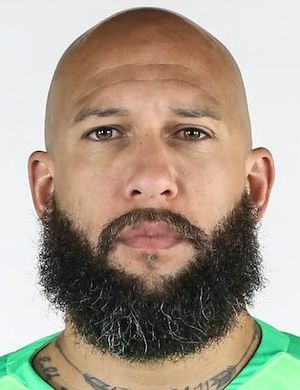 Born on March 6, 1979, Tim Howard is a former American professional soccer player who played as a goalkeeper. He last played for USL Championship club Memphis 901 FC, a club of which he is a minority owner and sporting director. He is also an international ambassador in the US for former club Everton. Howard is widely considered to be one of the greatest goalkeepers in American soccer history. Howard was named to the 2003–04 PFA Premier League Team of the Year and was awarded the 2009 FIFA Confederations Cup Golden Glove. Referencing the American public’s preference for other sports over soccer in contrast to most other countries, the Chicago Tribune described Howard as the “rarest of creatures – an American soccer hero”.

Howard began his career with the North Jersey Imperials, before making a move to the MetroStars. His appearances soon attracted the attention of English Premier League club Manchester United, who signed him in 2003. He enjoyed relative success with the club, as they won the 2003 FA Community Shield, the 2003–04 FA Cup, and the 2005–06 League Cup.

Howard was born in North Brunswick, New Jersey, the son of African-American truck driver Matthew Howard and his Hungarian wife Esther, who worked for a container packing distributor. His parents divorced when Howard was three. Afterward, Howard lived with his mother. He attended North Brunswick Township High School.

Howard married  Laura Ciancola in 2003 and divorced in 2012. He has two children, Alivia Howard & Jacob Howard.