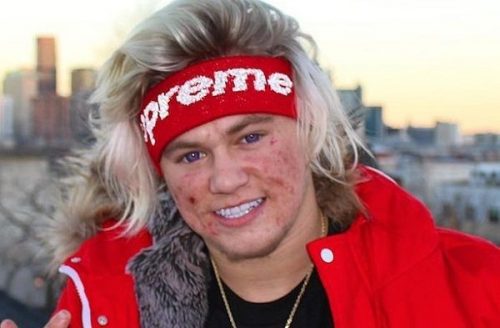 Born on December 18, 1997, Supreme Patty is an American social media personality, stuntman, and rapper who is best known for his stunts and skits including squeezing lime juice into his ice. He shares his comedy skits on Instagram and has earned him 6 million followers on the platform. As a rapper, he is known for songs like Gelato and Blah Blah featuring Big Win.

He was born and raised in Florida to father Bill and mother Angie Wallace. He has an older sister Katie. He attended Sugar Mill Elementary School. He dropped out of Seabreeze High School and earned his GED. He has shortly enrolled at Santa Fe College also.