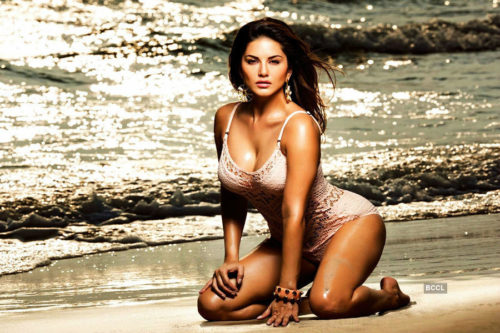 Who is Sunny Leone?

Apart from her acting career she has been part of activism campaigns including the Rock ‘n’ Roll Los Angeles Half-Marathon to raise money for the American Cancer Society and has also posed for a People for the Ethical Treatment of Animals (PETA) ad campaign with a rescued dog, encouraging pet owners to have their cats and dogs spayed and neutered.

Due to the lock down of covid-19 in 2020, she has started several campaign like #LockedUpWithSunny  and more. She is sharing her day by day journey in the lock down through youtube also.

Sunny Leone was born in Sarnia, Ontario to Sikh Punjabi parents. Her father was born in Tibet and raised in Delhi, while her mother (who died in 2008) was from Sirmaur, Himachal Pradesh. As a young girl, she was a self-described tomboy, very athletic and played street hockey with the boys.

Although the family was Sikh, her parents enrolled her in Catholic school as it was felt to be unsafe for her to go to public school. When she was 13, her family moved to Fort Gratiot, Michigan, then to Lake Forest, California a year later, fulfilling her grandparents’ dream that the family be together in one place.

Since 2011, Leone has been married to musician Daniel Weber. In July 2017 Leone and her husband Daniel Weber adopted their first child from Latur, a village in Maharashtra.The baby girl, whom they named Nisha Kaur Weber, was 21 months old at the time of adoption. On March 4, 2018, Sunny Leone and her husband announced the birth of their twin boys, born through  surrogacy. They named the boys Asher Singh Weber and Noah Singh Weber.

Leone at the 2002 AVN Adult Entertainment Expo, one of her earliest promotional appearances. When picking a name for her adult career, she has said that Sunny is her real name and Leone was picked by Bob Guccione, former owner of Penthouse magazine. She posed for  Penthouse  magazine, and was named Penthouse Pet of the Month for the March 2001 issue, followed by a feature in the Holiday 2001 edition of Hustler magazine as a Hustler Honey. She has also appeared in other magazines including  Cheri, Mystique Magazine, High Society, Swank, AVN Online, Leg World,  Club  International  and   Lowrider, while her online credits include ModFX Models, Suze Randall, Ken Marcus  and Mac & Bumble.

In 2003, she was named “Penthouse Pet of the Year” and starred in the video Penthouse Pets in Paradise alongside Tera Patrick and Kyla Cole. In 2005 Adam & Eve appointed her as their West Coast Internet Sales Representative.

That same year, Leone signed a three-year contract with Vivid Entertainment with which she transitioned into the world of hardcore pornography, stating that she would only do lesbian scenes.

Does Sunny Leone have breast implants?