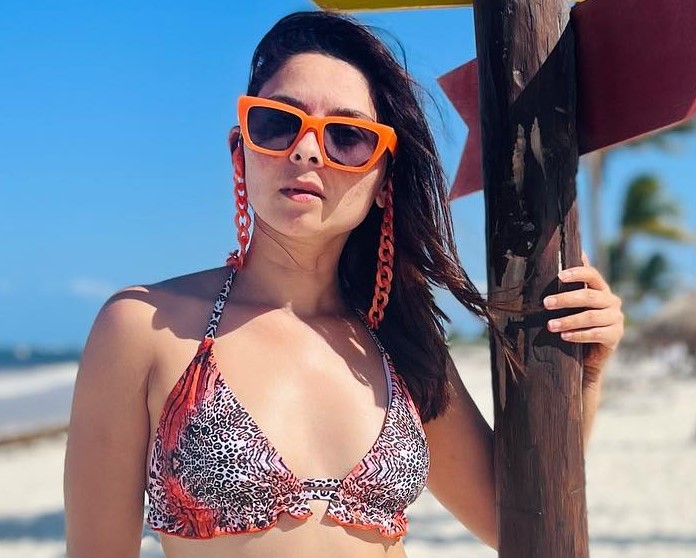 Who is Sonalee Kulkarni?

Born on 18 May 1988, Sonalee Kulkarni is an Indian actress who mainly acts in Marathi cinema and Bollywood films and is the best know for her Lavani dance song, “Apsara Aali” in the Marathi film Natarang. After working as a model in her early career, Sonalee made her debut in Kedar Shinde’s film Bakula Namdeo Ghotale, for which she received the Zee Gaurav Puraskar award for best actress. She made her Hindi film debut in the adult sex comedy Grand Masti wherein she played the role of Mamta, wife of Ritesh Deshmukh’s character. Sonalee also made a cameo appearance in the Ajay Devgan picture Singham 2.

In 2014, she was seen alongside Swapnil Joshi and Prarthana Behere in Mitwaa for which she was nominated at Zee Gaurav Puraskar in the category of Best Actress.

Sonalee was born to Manohar and Savinder Kulkarni in Pune, India. Her father Manohar Kulkarni is a retired Army doctor. She has studied at Army School, Kendriya Vidyalaya 1, and finished her graduation in mass communication and journalism from Fergusson College, Pune. She also has a post-graduation degree in mass communication from the Indira School of Communication. Sonalee has a younger brother who owns an event company called Fledgers.