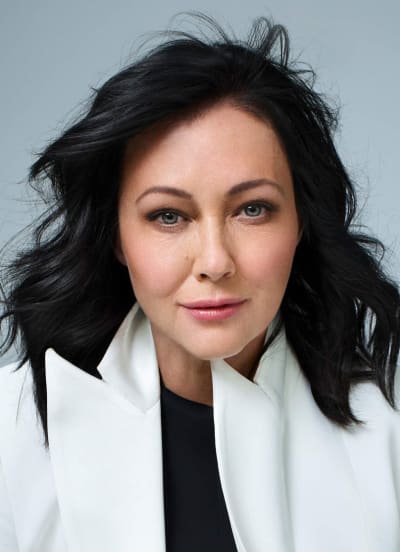 Doherty’s first major motion picture role was in the dark comedy Heathers, released in 1989. She garnered worldwide attention and fame for her breakout role as Brenda Walsh in the Aaron Spelling-produced TV series Beverly Hills, 90210 in 1990. In 1991 and 1992, her portrayal of Brenda earned her a Young Artist Award nomination for Best Young Actress Starring in a Television Series. Doherty left the show after the fourth season in 1994.

Doherty was born in Memphis, Tennessee, the daughter of Rosa, a beauty parlor owner, and Tom Doherty, a mortgage consultant. She was raised in her mother’s Southern Baptist faith.

On October 11, 1993, Doherty married Ashley Hamilton, the son of actor George Hamilton. They filed for divorce in April 1994.

She appeared nude in Playboy magazine, first in December 1993, followed by a spread in March 1994. She posed for the magazine again in December 2003 and has been featured in a 10-page pictorial.