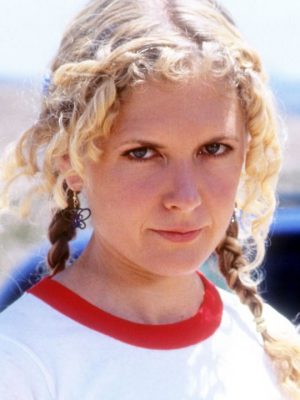 Born on November 24, 1963, Shae D’lyn Sherertz is an American actress who is best known for her roles as series regular Jane Deaux/Cavanaugh on the sitcom Dharma & Greg, as Cousin Vicki in the feature film Vegas Vacation, and a recurring role as Carolyn Rothstein on Boardwalk Empire.

D’lyn directs theater, film, and television productions, and has founded a production company based in Los Angeles and Puerto Rico and an artists’ cooperative in Los Angeles, New York, Vancouver, and Toronto with over 400 members. D’lyn produced and directed two documentary shorts released in 2006, of which Morir Para Ser Libre was featured at that year’s Boston Latino Film Festival.

D’lyn was born and raised in Abilene, Texas to Peggy Sherertz and Michael Shelle. She graduated with honors from the University of Virginia.