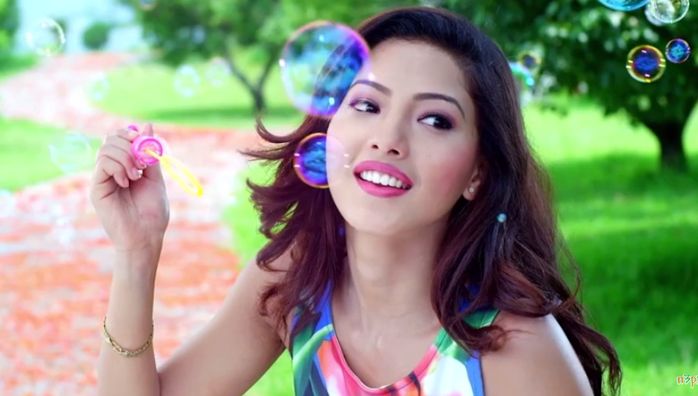 Who is Samragyee RL Shah?

Samragyee Rajya Laxmi Shah or Samragi RL Shah is a Nepali model and actress. She gained popularity after her lead role in the movie Dreams opposite Anmol K.C. She has also appeared in various Nepali music videos and on the cover pages of various magazines like M&S.

It was reported that Samragyee beat 23 competitors before she was chosen for her role in Dreams. Prior to joining the Nepalese movie industry, Samragyee worked as a model, walking on the catwalk and appearing in different product promotions.

Samragyee Rajya Laxmi Shahwas born on 18 November 1995 in Kathmandu. Her father, Mahesh Bikram Shah, used to be a model in his youth and her mother is a housewife. Samragyee has ancestral roots in Nepal’s Shah (royal) dynasty.

Samragyee’s parents moved to Birgunj, Parsa when she was still a small child. She attended a private school in Birgunj in her childhood. However, after completing grade 3, she was sen to a Delhi-based Sai Baba school in India for further studies. Samragyee completed her higher secondary education from the Royal Academy, India. As of 2016, she is pursuing a Bachelor’s degree in Social Work.

Career As a Model & Actress

In November 2014, Samragyee was the second runner up at the Face of Classic Diamond jewelers fashion competition and was awarded NRS 25000. She reportedly received many offers for movies and fashion shows after the event.

In media interviews, Samragyee says that shed had always wanted to be a model since her childhood and had took up modelling as a hobby since her school days. She was among top 3 models of her school in India. When she was in grade 7, she started watching Victoria Secrets’ fashion shows on TV and was impressed by them.

Samragyee’s first movie Dreams became a commercial and critical success and she received the best newcomer actress award at the FAAN 2016. As second movie Samragyee featured with Salim Man Baniya in the film A Mero Hajur. This movie was directed by Jharna Thapa.

Although her second movie did not break the box office record, her popularity did not decline. She acted in the third movie Timi Sanga along with Aakash Shrestha, Nazir Husen. She also played a lead role in her fourth movie Intu Mintu Londonma. The film will star the popular YouTuber DHIRAJ MAGAR from the UK. In Kaira, Shah appeared in the lead role alongside actor Aaryan Sigdel. The film was commercially unsuccessful

In 2019, Shah worked on Maruni, starring alongside Puspa Khadka and Rebika Gurung. aruni failed to impress audience, and the box office. Rato Tika Nidharma is released on 27 September 2019, on occasion Dashain, the Hindu festival of Nepal but  the film failed at box office.

Who is Samragyee RL Shah dating ? Is she single or married?

As of 2016, Samragyee lives with her parents and hasn’t spoken publicly about her relationship or a boyfriend. Samragyee’s father Mahesh Bikram Shah used to be a model and now runs a restaurant business in Birgunj.  In a media interview when asked whether Samragyee and Anmol were attracted to each other in a romantic way, both replied that there was nothing like that and were just good friends.

Samragyee RL Shah Net worth in 2020

Samragi RL Shah is one of the best actress of Nepal. She is highest paid Nepali actress too . So, she has net worth around 1.5 to 2 crores.