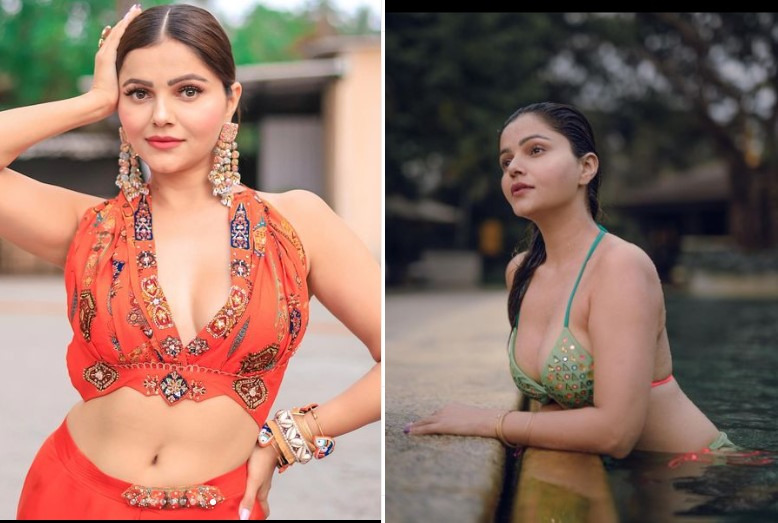 Who is Rubina Dilaik?

Born on 26 August 1989, Rubina Dilaik is an Indian actress who mainly works in Hindi television along with Hindi films. She made her acting debut in 2008 portraying Radhika in the popular show Chotti Bahu. She has then seen portraying Divya Jakhotia in Punar Vivah – Ek Nayi Umeed and Jeannie in Jeannie Aur Juju.

From 2016 to 2020, Dilaik portrayed Soumya Singh, a transgender woman in Colors TV’s Shakti – Astitva Ke Ehsaas Ki opposite Vivian Dsena, for which she was awarded for Best Personality in Colors’ Golden Petal Awards 2017 and Best Actress in ITA Awards 2017. In March 2021, she returned to the series.

In 2020, she participated in Bigg Boss 14 and emerged as the winner. Dilaik made her hindi film debut with Palash Muchhal’s Ardh in 2022. In 2022, Rubina Dilaik has made her mark on the list of contestants for Fear Factor: Khatron Ke Khiladi 12 and is all set for a new adventure.

Dilaik was born in Shimla, Himachal Pradesh to Gopal Dilaik and Shakuntla Dilaik. She has two sisters, Jyotika Dilaik, Rohini Dilaik. She studied at Shimla Public School and St. Bede’s College, Shimla. Her father is also a writer and has written many books in Hindi. In her early days, she was a beauty pageant contender for which she won two local beauty pageants and was crowned Miss Shimla in 2006. She was a national-level champion in debate during her school days. In 2008, she won the Miss North India Pageant held at Chandigarh.

See ALso: Rubina Dilaik sets the internet on fire with her Photos in a Bikini, See Pics