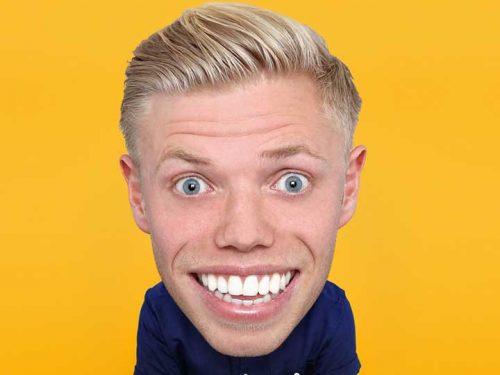 Born on 2 January 1986, Rob Beckett is an English stand-up comedian and presenter. He was a co-host on the ITV2 spin-off show I’m a Celebrity…Get Me Out of Here! NOW! from 2012 to 2014. Since 2016, Beckett has been a team captain on the E4 panel show 8 Out of 10 Cats and the narrator of the reality series Celebs Go Dating. He presents BBC One entertainment series Wedding Day Winners and All Together Now.

Robert Joseph Anthony Beckett was born and raised in  Mottingham, London. He has four brothers. He went to Edgebury Primary School then Coopers School in Chislehurst. He attended Canterbury Christ Church University in Kent from 2004-2007, where he studied Tourism Management. Beckett started performing stand-up in 2009.  His performances resulted in coming third in So You Think You’re Funny, and winning the Amused Moose Laugh-Off which earned him an invitation to perform at the Adelaide Fringe Festival in Australia.