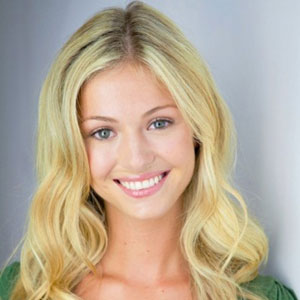 Who is Rebecca Dalton?

Born on January 10, 1989, Rebecca Dalton is a Canadian actress known for her roles in the TV series Good Witch and Spun Out. Dalton has also appeared in a number of Canadian TV movies, including RockyRoad (2014), A Perfect Christmas (2016), and Christmas Wedding Planner (2017).

In 2015, Dalton was cast to replace Ashley Leggat in the recurring role of Tara for season two of the Hallmark Channel’s series Good Witch, a role she reprised in subsequent seasons

Dalton was born and raised in Canada to Jane McKinnon Dalton and Mark Dalton. She has a brother, Evan. She attended Oakville Trafalgar High School and St. Mildred’s-Lightbourn School, and after graduating in 2006, traveled through South East Asia for five months, visiting Cambodia, Hong Kong, Thailand, and Vietnam. On her return to Canada, she enrolled at Ryerson University in Toronto.