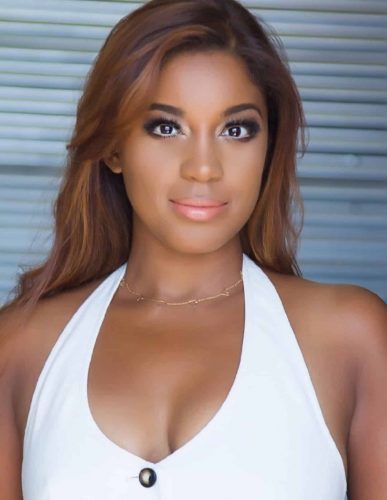 Born on April 24, 1980, Reagan Amyre Gomez-Preston is an American television, film, and voice actress. She played the role of Zaria Peterson on The WB sitcom The Parent ‘Hood (1995–1999) and Roberta Tubbs on Fox’s animated comedy The Cleveland Show (2009–2013). She has also reprised the role of Roberta Tubbs in occasional Family Guy appearances. Gomez-Preston also starred in the short-lived UPN sitcom, Love, Inc. in the 2005–2006 season as Francine.

She is a writer of feature films, with her own business and production company. She voiced Roberta Tubbs, Cleveland Brown’s stepdaughter on the animated series The Cleveland Show from 2009 until the show’s cancellation in 2013.

Gomez-Preston was born in Detroit, Michigan to a Puerto Rican mother, Cheryl Gomez, and an African American father, Bennett Preston. She has a younger brother named Kyle. Gomez-Preston was enrolled in acting, dancing, and singing lessons at Philadelphia’s Freedom Theatre.