Rashmika Mandanna Gets Caught in Oops Moment in Viral Video, Check it Out! 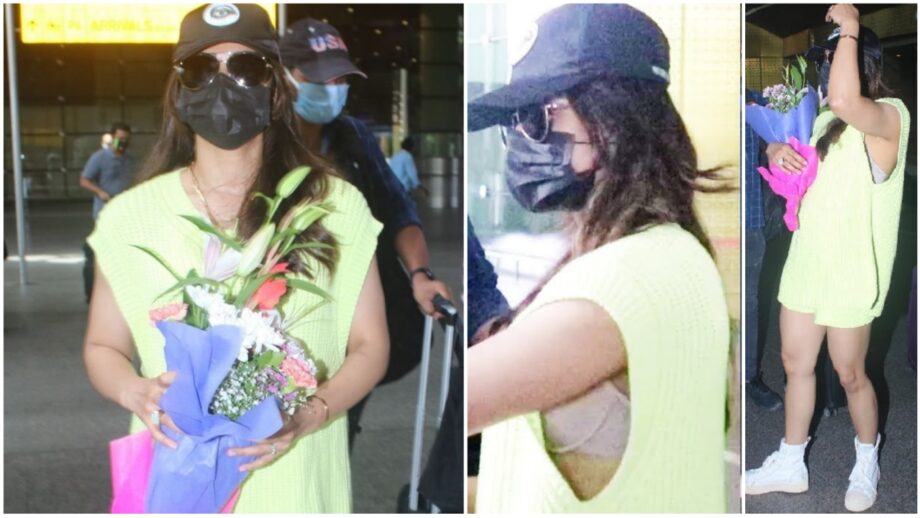 Rashmika Mandanna is one of the most adored actresses in the South film industry. The actress who was last seen in Allu Arjun starrer Pushpa: The Rise often makes headlines for her sightings and on-point sartorial choices. Recently, the actress was spotted at Mumbai airport and got captured in an oops moment.

In a viral video, Rashmika Mandanna is seen donning an oversized lemon green sleeveless short dress. As the clip progresses, it sees the Geetha Govindam actress’ fans walking to her to shake hands. Along with this, some of the fans also got bouquets as gifts from her followers. While receiving the floral bouquet, when the Dear Comrade actress raised her hand upwards, she felt a little strange and her oops moment was captured in the camera. Videos of the actress’s oops moment became very viral on social media in no time.