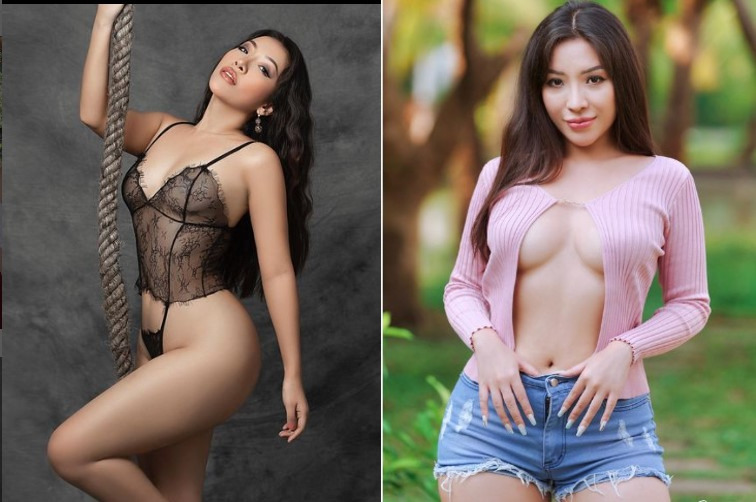 Who is Nang Mwe San?

Born on 23 June 1988, Nang Mwe San is a Burmese model and former medical doctor who is known as the country’s most famous sexy model, according to The Myanmar Times. Since 2019 she has been walking the fashion runway at the Myanmar International Fashion Week. She is featured in The Irrawaddy’s “Top Myanmar Sexy Models” list in 2020.  In July 2020, she was appointed Kindness Ambassador of YVCT College.

She began posting sexually charged photos in swimwear and lingerie on social media as a hobby, drawing an audience and commercial appearances. She has appeared in several television advertisements including OK Dollar, Biomanic Plus, and other commercials. At the end of 2019, she became the fourth highest trending individual in Myanmar, according to Google. She joined OnlyFans in September 2020, right in the middle of the COVID-19 pandemic, after getting requests from fans. Nang Mwe San said she made US$50,000 in one month. She believes she is the first model from Myanmar active on the platform.

Nang Mwe was in Kunhing, Shan State, Myanmar into a medical family. Her parent’s information is not available right now. She attended high school at Basic Education High School No. 2 Kamayut. After passing her matriculation exam, she entered the University of Medicine 1, Yangon. She became a trained physician at the age of 22. She worked as a medical officer for local hospitals and NGOs in Shan, Kachin, and Rakhine States, including in displaced camps for the Rohingya Muslim.

Her sexually charged photos led her to the malaria monitoring and evaluation office in Yangon, where she worked as a medical officer, to demand her resignation. In 2019, the national Medical Council revoked her medical license and ordered her to stop working as a (sexy) model, and made sure she couldn’t work as a doctor again when she didn’t. Nang Mwe said the confiscation of her medical license was a violation of her human rights, and the case and Myanmar Medical Council has been widely criticized in Myanmar and has been widely reported in the international media.