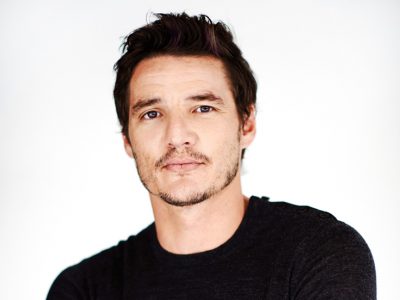 Born on April 2, 1975, Pedro Pascal is a Chilean-American actor who rose to fame for his roles Oberyn Martell in the fourth season of the HBO fantasy series Game of Thrones and Javier Peña in the Netflix biographical crime series Narcos. He also plays as mercenary Pero Tovar in The Great Wall (2016); as Agent Whiskey in Kingsman: The Golden Circle (2017); as Dave York in The Equalizer 2 (2018); and as Francisco “Catfish” Morales in the heist drama Triple Frontier (2019). He also plays the title character in the Disney+ series The Mandalorian, and will appear as Maxwell Lord in the upcoming Warner Bros./DC Comics film Wonder Woman 1984.

Pascal was born in Santiago, Chile to a child psychologist mother, Verónica Pascal Ureta, and father José Balmaceda, a fertility doctor. His younger brother Lucas Balmaceda is an actor in Chile. He studied acting at the Orange County School of the Arts and New York University’s Tisch School of the Arts.