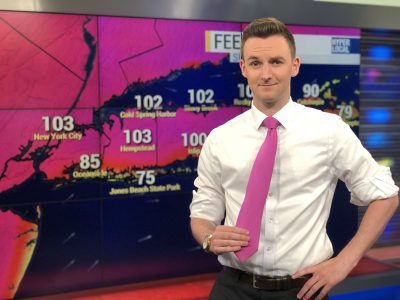 Who is Pat Calvin?

In addition to reaching a television audience, he also provided video content to the web and Facebook that would occasionally reach over 100,000 people – life-saving information for those who had lost power during storms. On several occasions, he’s been responsible for leading wall-to-wall coverage for severe weather both in New York and Georgia. In his free time, Pat is an active member of his community by volunteering as an EMT with the East Meadow Fire Department. He’s also had his private pilot certificate for over four years.

Pat was born and raised in Brooklyn, USA. His parents, as well as his sibling’s information, are not available right now. He attended Holy Trinity Diocesan High School. Pat earned his B.S in Meteorology from Suny Oswego.