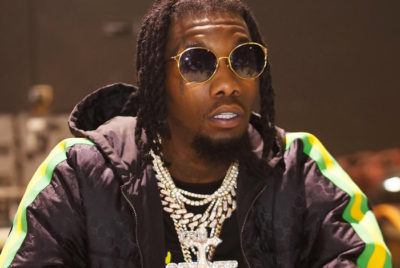 Born on December 14, 1991, Kiari Kendrell Cephus, known professionally as Offset, is an American rapper and songwriter. Offset is popularly known for his trap trio Migos, composed of himself, Quavo and Takeoff. They rose to fame after the release of their 2013 viral hit single “Versace.” They released Bad and Boujee, a track that received lots of views on YouTube.

He is also an investor in esports organization FaZe Clan. On February 22, 2019, he released his first solo album Father of 4.

Offset was born in Lawrenceville, Georgia, U.S. He is Quavo’s cousin, and Quavo is Takeoff’s uncle. The three grew up together in Gwinnett County, a mostly suburban area near Atlanta. His family details have not revealed yet.

Offset started dating American rapper Cardi B. On October 27, 2017. On April 7, 2018, Cardi B revealed on Saturday Night Live that the two were expecting their first child. He married Cardi B privately on September 20, 2017.

He is the father of four children: sons Jordan and Kody and daughter Kalea from early relationships, and a daughter with Cardi B, named Kulture Kiari Cephus, born July 10, 2018.

Trivia / Facts that you did not probably know