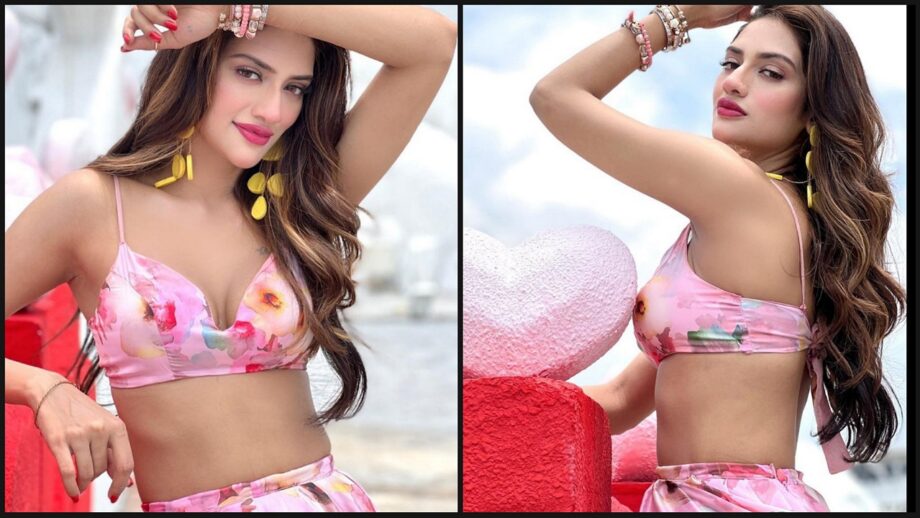 Who is Nusrat Jahan?

Born on 8 January 1990, Nusrat Jahan is an Indian actress who mainly works in Bengali cinema. In 2019, Jahan became actively involved in politics and was elected as a Member of Parliament, Lok Sabha from Basirhat constituency as a Trinamool Congress candidate. Jahan’s screen debut was in Raj Chakraborty’s Shotru. She then appeared in Khoka 420, an Eskay Movies film. Her other notable films include Khiladi, with Ankush Hazra, Sondhe Namar Agey, with Rahul Bose, and Power, with Jeet for Shree Venkatesh Films. Jahan started her modeling career after winning the beauty contest, “Fair One Miss Kolkata” in 2010.

Jahan was born into a Bengali Muslim family in Calcutta, West Bengal, India to Muhammed Shah Jahan and Sushma Khatun. She completed her schooling at Our Lady Queen of the Missions School and then went to college at Bhawanipur College, graduating with a Bachelor of Commerce (Honours) degree.

Jahan was in a relationship with businessman Nikhil Jain since 2018. They had an elaborate marriage ceremony on 19 June 2019 in Turkey. Jahan later claimed that the marriage was not legal, “Being on foreign land, as per Turkish Marriage Regulation, the ceremony is invalid. Moreover, since it was an interfaith marriage, it requires validation under the Special Marriage Act in India, which did not happen”. As per Nusrat, “it was nothing more than a live-in relationship”. A Kolkata court ruled that Jahan and Jain’s marriage is legally invalid.

Jahan began her relationship with actor Yash Dasgupta but their marital status remains unknown as of December 2021. In August 2021, Jahan gave birth to a boy, at a private hospital in Kolkata. It is reported that the child’s birth certificate named Dasgupta as the father.

previousUrfi Javed gets trolled for dancing in a bralette made of wire
nextPamela Alexandra Weight, Height, Net Worth, Age, Boyfriend, Wiki, Bio, Pics