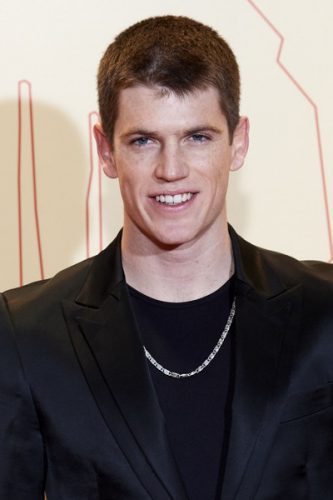 Born on December 12, 1996, Miguel Bernardeau is a Spanish actor who is best known for his role as Guzmán on the Netflix original series Elite in 2018. He had already appeared in feature films like Es por tu bien (2017) and on shows like Sabuesos.

Bernardeau was born and raised in Valencia. He is the son of actress Ana Duato and producer Miguel Ángel Bernardeau. He studied Dramatic Art at Santa Monica College and acting at the American Academy of Dramatic Arts in Los Angeles.

He began dating singer Aitana Ocana in 2019. He was in a relationship with singer Sara Elizabeth Velazquez and they split up in early 2015. For more information, follow him on Instagram or visit our site Celebmezzo.