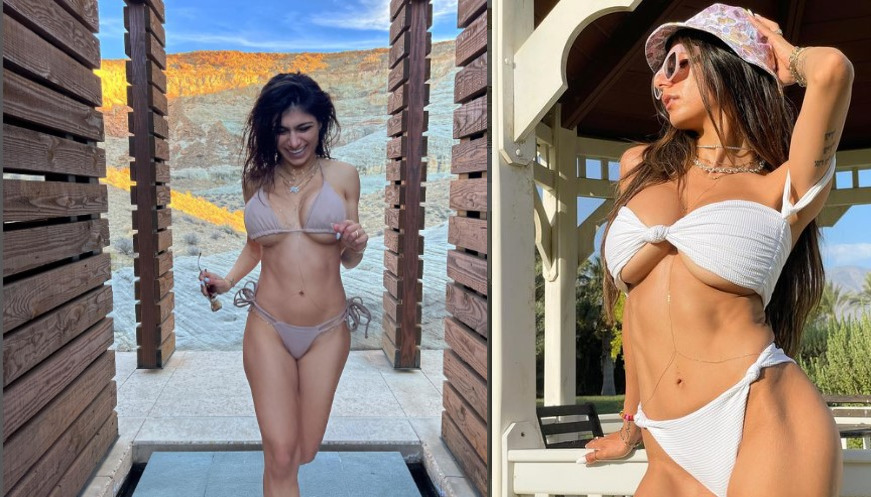 Who is Mia Khalifa?

After three months working as an adult-film actor, Khalifa worked in Miami as a paralegal and bookkeeper. She transitioned into a career as a social media personality, webcam model, and sports commentator. She runs a YouTube channel; live streams on Twitch, and performed as a webcam model; sells photoshoots, merchandise, and access to exclusive content on the membership website Patreon; and sold explicit photoshoots and videos on the social media website Findrow. In May 2020, she had a guest appearance as herself in the Hulu show Ramy.

Born in Lebanon and raised Catholic, Khalifa attended a French-language private school in Beirut, where she also learned to speak English. She moved with her family to the United States in 2001, leaving their home in the wake of the South Lebanon conflict. She attended Massanutten Military Academy in Woodstock, Virginia, and later graduated from the University of Texas at El Paso with a Bachelor of Arts in history.

She came to widespread attention after the release of a scene in which she wears a hijab. The scene brought Khalifa instant popularity, as well as criticism from writers and religious figures, and led to her parents publicly disowning her. In an interview with The Washington Post, Khalifa said the controversial scene was satirical and should be taken as such, claiming that Hollywood films depicted Muslims in a far more negative light than any pornographer could.

In 2018, the musical duo iLoveFriday released a diss track called “Mia Khalifa,” in response to a fake tweet posted by a user impersonating Khalifa. The song became an internet meme after the “hit or miss” snippet gained popularity on the TikTok app. At the time, it was the most well-known viral TikTok meme in the Western world and had been used in over four million TikTok videos.

Khalifa married her high school boyfriend in February 2011. They separated in 2014 and divorced in 2016. She remarried in 2019 and separated from her second husband in 2020. As of 2022, she is in a relationship with musician, Jhay Cortez.