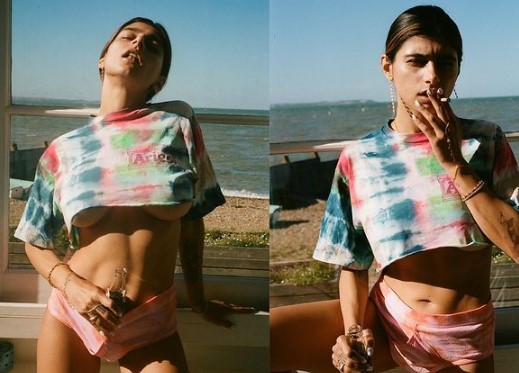 Designed by Jonny Lu, the Z-shaped book merges two varying bodies of work, one of which is the brand’s new preview campaign, followed by an intimate set of portraits of Khalifa. Titled Mia by Aries, the photo series was shot over multiple days in the seaside town of Whitstable and lensed by long-time Aries collaborator, Clare Shilland, with the FW23 preview shot by Conor Cunningham.