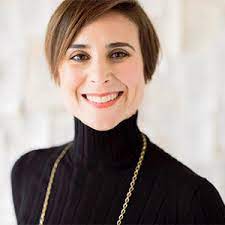 Who is Melissa Lee Baldino?

Born in 1976, Melissa Lee Baldino is an executive producer who worked in her husband’s popular television show America’s Test Kitchen. She is best known as the wife of Christopher Kimball, an editor, chef, television producer, and presenter.

Melissa was born in the United States of America to Jim J. Baldino and Rike Fossl Baldino. She graduated from Boston University. She got hired as Mr. Kimball’s assistant in 2002. She became the executive producer of the radio and TV shows in 2006.

Melissa married Christopher Kimball on June 30th, 2013. Her son Oliver Kimball was born on May 4th, 2014, and a daughter, Rike Kimball in 2019. She has stepdaughters Whitney Kimball, Emily Kimball, and Caroline Kimball, and a stepson, Charles Kimball.