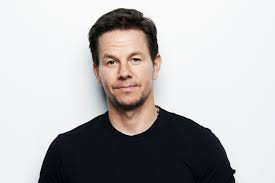 Who is Mark Wahlberg?

In the early 2000s, he ventured into big-budget action-oriented movies, such as The Perfect Storm (2000), Planet of the Apes (2001), and The Italian Job (2003). He was nominated for the Academy Award for Best Supporting Actor for playing a police officer in the crime drama The Departed (2006). He was nominated for the Golden Globe Award for Best Actor for the sports drama biopic The Fighter (2010), in which he starred as Micky Ward. In the 2010s, he landed successful comedy roles with The Other Guys (2010), Ted (2012), Ted 2 (2015), Daddy’s Home (2015), and Daddy’s Home 2 (2017). He also became the protagonist in two films in the Transformers live-action film franchise, Transformers: Age of Extinction and Transformers: The Last Knight. He was the world’s highest-paid actor in 2017.

Wahlberg is a co-owner of Wahlburgers, along with his brothers Donnie and Paul. It was Mark’s idea to expand Paul’s restaurant in Hingham, Massachusetts into a full-fledged chain, with a reality show to promote it

Mark Robert Michael Wahlberg was born in the Dorchester neighborhood of Boston, Massachusetts. He is the youngest of nine children, including actor Robert and singer/actor Donnie. His mother, Alma Elaine, was a bank clerk and a nurse’s aide, and his father, Donald Edmond Wahlberg Sr. was a delivery driver and U.S. Army veteran of the Korean War. Wahlberg’s parents divorced in 1982; afterward, he divided his time between them. Wahlberg is of Swedish descent through his father, as well as Irish through his paternal grandmother.

He attended Copley Square High School on Newbury Street in Boston. He did not receive his high school diploma until June 2013, at the age of 42.