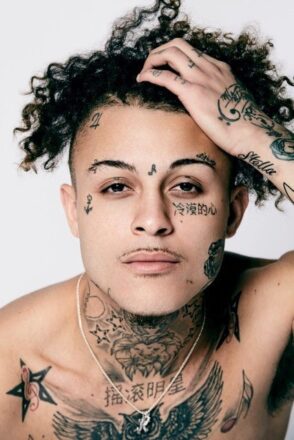 Born August 4, 1998, Kimetrius Christopher Foose, better known by his stage name Lil Skies, is an American rapper, singer, and songwriter. He is currently signed to All We Got Entertainment through Atlantic Records.  His top three highest-charting tracks on the Billboard Hot 100 are “I” (#39), “Nowadays” (#55), and “Red Roses” (#69). His major-label debut mixtape Life of a Dark Rose peaked at 10 on the Billboard 200 chart. He released his debut studio album, Shelby, on March 1, 2019.

He was born in Chambersburg, Pennsylvania to father, Michael Burton Jr., and mother Shelby. His father was a fellow hip hop artist formerly known as Dark Skies, now as BurntMan. He was introduced to music by his father and mother.

He graduated from Waynesboro Area Senior High School and briefly attended the Shippensburg University of Pennsylvania  before dropping out to focus on his rap career. His musical inspirations are Lil Wayne, Travis Scott, and 50 Cent.

Lil Skies is dating his long time girlfriend, Jacey Fugate and they had a son in July 2019.

As of 2020, rapper Lil is 22 years old and has net worth of $3 million. For more updates, visit our website Celebmezzo.