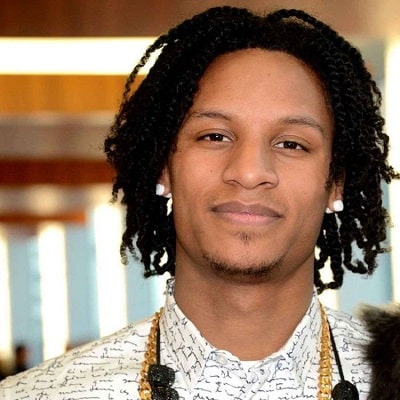 Born on December 6, 1988, Larry Nicolas Bourgeois, professionally known as Les Twins, is a French dancer, choreographer, producer, model, designer, and creative director of their brand “Eleven Paris”. Often referred to by their respective nicknames, “Lil Beast” and “Ca Blaze”, they are recognized internationally for their talents in new style hip-hop dancing, and various dancing styles. He is an identical twin brother.

He rose to prominence along with his twin brother in the United States after a video of their performance on the San Diego leg of the 2010 World of Dance tour went viral on YouTube, with over 46 million views as of 1 December 2019. In 2011, they won the hip-hop new style division of the prestigious international street dance competition Juste Debout. In 2017, they won the American reality competition series World of Dance, executively produced by Jennifer Lopez. The series featured solo acts and larger groups, competing for a grand prize of US $1 million.

Larry was born and raised in Sarcelles, France. They are the youngest in a large, Guadeloupean extended family of 9 children.

He was in a relationship with French singer Lylah. They have a daughter Leala Nicole Bourgeois. Later, the couple broke up in 2015. He was also rumored to have dated a woman named Melissa but now he’s single.