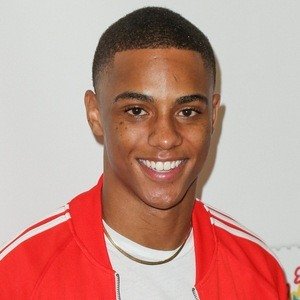 Born on August 22, 1992, Keith Tyree Powers is an American actor and model who is best known for his roles as Ronnie DeVoe in BET’s miniseries  The New Edition Story and Tyree in the film Straight Outta Compton. He also stars in the Netflix series What/If (2019).

Powers was born in Sacramento, California, to Jennifer Clark and Keith Powers, Sr., the oldest of a family of four children. He started modeling at 9 years old, influenced by his mother but developed a passion for sports. He played football as a wide receiver at Sheldon High School.

Powers has been in a relationship with actress and singer Ryan Destiny since late 2017. For more updates, follow him on Instagram and Twitter or visit back to our site.