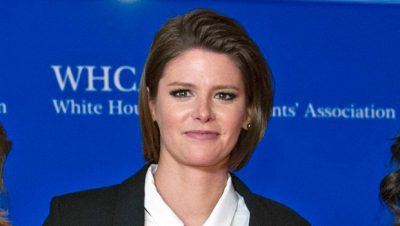 Who is Kasie Hunt?

Born May 24, 1985, Kasie Sue Hunt is an American political correspondent for CNN. She was NBC News’ Capitol Hill correspondent, covering Congress across all NBC News and MSNBC platforms, and was the host of MSNBC’s Way Too Early with Kasie Hunt from September 21, 2020, to July 16, 2021.

She started her career in journalism as an intern in the political unit of NBC News. She was a health policy reporter for National Journal’s CongressDaily, writing about the passage of the Affordable Care Act. She wrote for Politico, covering the 2010 midterm elections. She started working as a national political reporter for the Associated Press in August 2011 and covered Mitt Romney’s 2012 presidential campaign.

Kasie married NBC News producer Matt Rivera on May 6, 2017. In September 2019, she gave birth to her first child, a boy named Mars. For more updates, follow her on Twitter & Instagram.