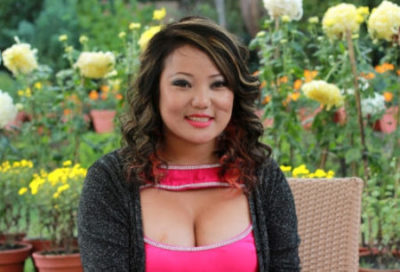 Who is Jyoti Magar?

Jyoti Magar (also known as Jyoti Thapa Magar) is a Nepali folk (lok dohori) singer, model, and an actress. She started her professional musical career in 2006 and since then, she has given a number of hit albums and has traveled extensively within and outside Nepal to perform in stage programs. Magar’s second and third albums Maya Sanga and Ui Mulako Sinki Ui Mulako Chana became instant hits all over Nepal and among Nepali diaspora abroad.

Jyoti Magar was born in 1994 in a village in the Rolpa district of Nepal. Jyoti has one brother and one sister and both siblings are married. She lives with her parents. Later, her family migrated to Dang. During her childhood, she was interested in dancing rather than in singing. She has also said that she comes from a family that deeply loved music, though not professionally involved in it.

Jyoti completed her School Leaving Certificate(SLC) from a school in Dang. She joined a college to study an Intermediate Degree in Arts (IA) but she dropped out and decided, instead, to focus in music.

Jyoti has been criticized by some media outlets and Nepali social media users for her provocative and glamorous way of dressing and dancing. Apart from folk (lok dohori and teej songs) singing, Jyoti has also appeared in a Gurung-language film and has done radio dramas and street dramas in the past.

Is Jyoti Magar single or married? Who is Jyoti magar dating now?

Jyoti Magar is currently unmarried and living a single life. She has not reveled her relationship but she is looking for someone who really understands her feelings.

Jyoti Magar total net worth is estimated to around 1-2 Crore.