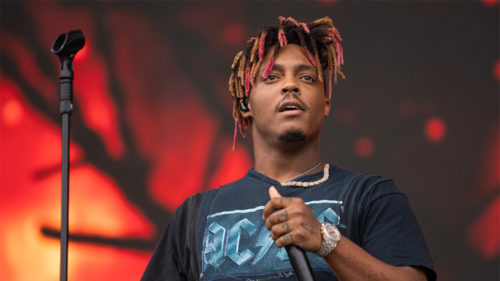 Jarad Anthony Higgins, better known as Juice Wrld, was an American rapper, singer, and songwriter, born on December 2, 1998. He was recognized worldwide by his song “Lucid Dreams” and “All Girls Are the Same“.

His song “Lucid Dreams” has been played on the music streaming platform Spotify over one billion times. It helped him gain a recording contract with Lil Bibby’s Grade A Productions and Interscope Records. After collaborating with Future on the mixtape Wrld on Drugs (2018), Higgins released his second studio album Death Race for Love in March 2019, which went to number one on the Billboard 200.

His posthumous feature on Eminem‘s January 2020 single, “Godzilla“, has also contributed to the rapper’s rise in popularity following his death from a drug overdose.

Juice Wrld was born in Chicago, Illinois, and moved to Homewood, Illinois in 1999 and attended Homewood-Flossmoor High School. His parents divorced when he was three years old, leaving his mother, Carmella Wallace to raise him as a single mother alongside one older brother. Higgins’ mother was very religious and conservative and did not let him listen to hip hop. He was a heavy drug user during his childhood and teens. He first learned to play the piano at four years old, having been inspired by his mother.

Juice Wrld was dating Ally via Instagram since November 2018. He was living in Los Angeles with his fiancee, Ally, at the time of his death.

Is Juice Wrld alive or dead?

On December 8, 2019, he was aboard a private Gulfstream jet flying from Los Angeles to Chicago, he took several unknown pills, including allegedly swallowing multiple Percocet pills in an attempt to hide them from the police. He was transported to the nearby Advocate Christ Medical Center in Oak Lawn, where he was pronounced dead. later, the doctor found that he died as a result of toxic levels of oxycodone and codeine present in his system.

His funeral was held on December 13, 2019, at the Holy Temple Cathedral Church of God where his Friends, family, and collaborators Ski Mask the Slump God and Young Thug were present.

How rich was Juice Wrld?