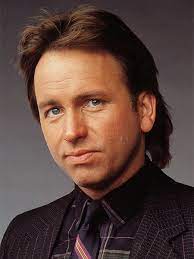 Who is John Ritter?

Born on September 17, 1948, John Ritter was an American actor who is known for playing Jack Tripper on the ABC sitcom Three’s Company (1977–1984), for which he received a Primetime Emmy Award and a Golden Globe Award in 1984. He briefly reprised the role on the spin-off Three’s a Crowd, which aired for one season, producing 22 episodes before its cancellation in 1985. He was the son of the singing cowboy star Tex Ritter and the father of actors Jason and Tyler Ritter.

His final roles include voicing the title character on the PBS children’s program Clifford the Big Red Dog (2000–2003), for which he received four Daytime Emmy Award nominations, as Paul Hennessy on the ABC sitcom 8 Simple Rules (2002–2003) and an uncredited role for providing the normal voice as Three in Seven Little Monsters (2000–2003).

Ritter was born in Burbank, California to Tex Ritter, a singing cowboy, and matinee star, and his mother, Dorothy Fay, was an actress. He had an older brother, Thomas “Tom” Matthews. Ritter attended Hollywood High School and attended the University of Southern California and majored in psychology with plans to have a career in politics. He later changed his major to theater arts and attended the USC School of Dramatic Arts.

On September 11, 2003, while he was rehearsing for 8 Simple Rules for Dating My Teenage Daughter on the Walt Disney Studio lot in Burbank, California, Ritter fell ill and began to experience health problems with his heart. He was taken to the Providence Saint Joseph Medical Center across the street at 6 p.m. that evening. Ritter was initially treated by emergency room physicians for a heart attack; however, his condition quickly worsened. Physicians then identified that Ritter had an aortic dissection, so he underwent surgery to repair the dissection, but was pronounced dead at 10:48 pm. A private funeral was held on September 15, 2003, in Los Angeles, after which Ritter was interred at Forest Lawn, Hollywood Hills Cemetery, in the Hollywood Hills of Los Angeles.