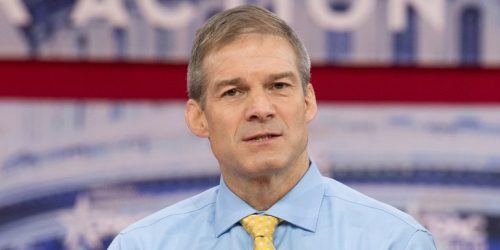 Born on February 17, 1964, Jim Jordan is a former collegiate wrestler, collegiate wrestling coach and an American politician serving as the U.S. representative for Ohio’s 4th congressional district since 2007 who was the ranking member of the House Oversight Committee from January 2019 to March 2020, a position he left to become the ranking member of the United States House Committee on the Judiciary. He was a close ally to President  Donald Trump and a founding member of the Freedom Caucus, which he chaired from its establishment in 2015 until 2017.

Jordan was born and raised in Champaign County, Ohio. He attended and wrestled for Graham High School, graduating in 1982. He graduated with a bachelor’s degree in economics. Jordan earned a master’s degree in education from Ohio State University in Columbus and obtained a  J.D.  degree from Ohio’s Capital University Law School. He became a two-time NCAA Division I wrestling champion. He as an assistant wrestling coach with Ohio State University’s (OSU) wrestling program from 1987 to 1995.

Jordan was married to Polly. They have four children and two grandchildren. For more updates, follow him on Twitter and Facebook or visit our site Celebmezzo.