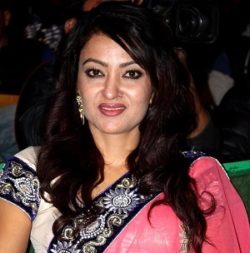 Who is Jharana Thapa ?

Jharana Thapa is a Nepali film actress, film producer and film director. Jharana Thapa was born on 28 March 1980 in Pyuthan, Nepal. She made her Kollywood debut in Daijo (1996) opposite star actor Bhuwan K.C.. She played the leading lady role in numerous movies. She received critical acclaim for her breakout role in the 1998 movie Dharam Sankat.

After working in Nepali cinema for 20 years, she turn to film director. Her debut directorial movie is A Mero Hajur 2. Apart from being a top actress in the Nepali film industry, Jharana is also one of the top producers. After the success of ‘A Mero Hajur 2’, Jharana is now a successful director too. She had produced a number of movies in association with her husband, Sunil Kumar Thapa.

Jharana Thapa Net worth in 2020

As Jharana Thapa is a Nepali film actress, film producer and film director and her husband Sunil Kumar Thapa is also Producer, so, she has 1-6 crore estimated net worth.