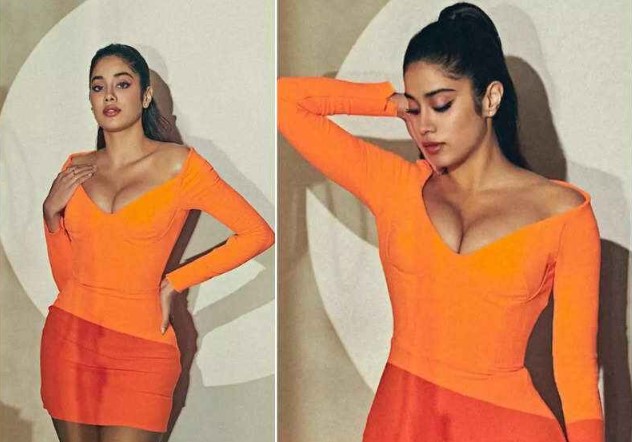 Actor Janhvi Kapoor took her Instagram to handle and shared a series of photos from her latest indoor photoshoot on Wednesday. She wore an orange bodycon dress with a ponytail hairstyle. She looked stunning in the new pictures. The actress was recently spotted at an event, where she dished out major style goals. The actress stunned in shades of orange, as she shared a bundle of pictures flaunting her look :

Sharing the pictures, she wrote, “vitamin C ya laterrrrr 🍊”. The actress looked like a vision to behold in orange bodycon attire. She completed her look with well-defined eyes and a high ponytail. Time and again, Janhvi Kapoor’s sartorial choices have always been noteworthy. She can effortlessly pull off any style.

Meanwhile, on the work front, Janhvi was recently seen in Siddharth Sen’s Good Luck Jerry. The movie was released on the OTT platform. Janhvi’s performance was much lauded in the film. From her acting to dialogue delivery, fans loved every bit of her performance.