Comedian Raju Srivastava passes away at age 58 at AIIMS 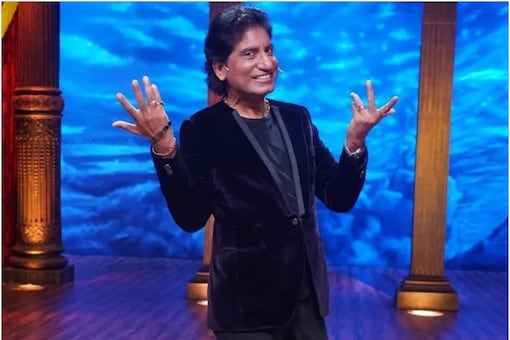 Comedian Raju Srivastava died in Delhi on Wednesday at the age of 58. His family confirmed his death. The comedian died at 10.20 am, after 41 days of hospitalization. Raju was admitted to AIIMS Delhi on August 10 after he experienced chest pain and collapsed while working out at a gym.

For over a month after he was admitted to the hospital following a heart attack, Raju was on a ventilator. Recently, his brother Dipoo Srivastava said that the comedian was recovering slowly but was unconscious.

“The recovery is slow. He will be fine soon. He is stable and on a ventilator. He is still unconscious. It’s been 35 days but doctors are saying they are doing their best. We need all your prayers,” Dipoo had told PTI.

Raju Srivastava rose to fame with The Great Indian Laughter Challenge. While his stand-up comedy was widely appreciated, he had done smaller roles in several films including Maine Pyar Kiya, Baazigar, Bombay to Goa, and Aamdani Atthanni Kharcha Rupaiya. He had also participated in Bigg Boss 3. He was the Chairman of the Film Development Council in Uttar Pradesh.