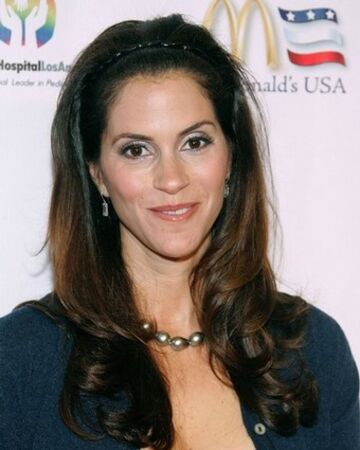 Who is  Jami Gertz ?

Jami Beth Gertz  is an American actress and investor. Gertz is known for her early roles in the films Sixteen Candles, Crossroads, The Lost Boys, Less Than Zero and Quicksilver, the 1980’s TV series Square Pegs with Sarah Jessica Parker, and 1996’s Twister, as well as for her roles as Judy Miller in the CBS sitcom Still Standing, and as Debbie Weaver in the ABC sitcom The Neighbors.

Gertz was born on October 28, 1965, Chicago, Illinois, and lived in the city’s nearby suburb of Glenview. She attended public schools. Her parents are Sharyn and Walter Gertz, who was a builder and contractor, and she has two brothers, Michael and Scott. Gertz, who is Jewish, was raised in Conservative Judaism. She graduated from Maine East High School.

She was discovered in a nationwide talent search by Norman Lear and studied drama at NYU. As a child actor, Gertz was in one episode of Diff’rent Strokes along with Andrew Dice Clay. She also had a recurring role on The Facts of Life as Blair’s friend and fellow schoolmate Boots St. Clair. Gertz made her film debut in the 1981 romance film Endless Love, which was followed by a co-starring role in the 1982–83 TV sitcom series Square Pegs. She gained more significant attention with a starring role in 1987’s Less Than Zero, as the friend of a doomed drug addict played by Robert Downey, Jr. She also starred in the 1987 film The Lost Boys as Star, the “half vampire” girlfriend, with Kiefer Sutherland and Jason Patric.

Is Jami Gertz single or married?

Gertz married executive Antony Ressler on June 16, 1989, and they have three sons. Gertz and her family reside in the Beverly Park neighborhood of Los Angeles, California, and have a vacation home in Malibu, California.

Does Jami Gertz have breast implants?