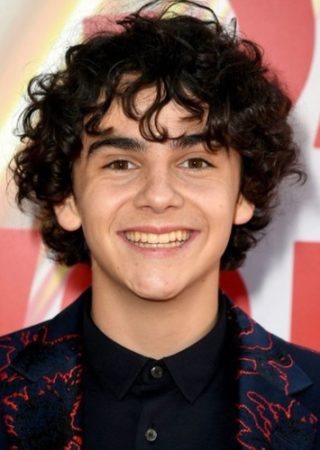 Jack Dylan Grazer is an American actor who was born on September 3, 2003. He played the part of Eddie Kaspbrak in the feature film adaptation of Stephen King’s It and reprised his role in the film’s 2019 sequel. He also starred on the  CBS  series  Me, Myself, and I, and portrayed Freddy Freeman in the 2019 DC Comics film Shazam.

Grazer was born in Los Angeles who is the son of Angela Lafever and Gavin Grazer. He is the nephew of producer Brian Grazer. Grazer sponsors a scholarship at the Adderley School, where he is an alumni, for two students annually.

Jack Grazer is currently dating Emmy Perry. He has recently uploaded a picture with Emmy Perry. It seems like they are dating but they have not confirmed it yet. Before this relation, he had dated Ellie Hiyar since 2017.

American actor Jack Grazer is 17 years old and he has net worth of $500 thousand.