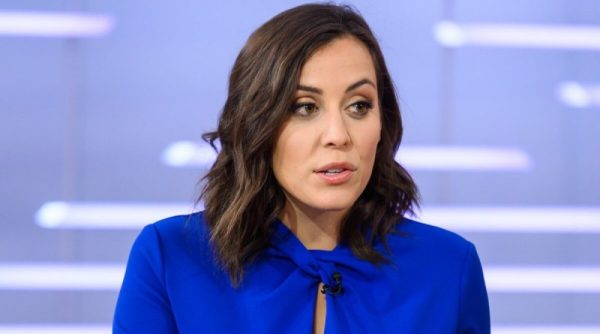 Who is Hallie Jackson?

Born on April 29, 1984, Hallie Jackson is Senior Washington correspondent for NBC News, an anchor for its cable division, MSNBC, and a fill-in anchor for Today. She worked in Salisbury, Maryland; Dover, Delaware; Hartford, Connecticut; New Haven, Connecticut; and Baltimore, Maryland before joining NBC News in 2014.

Jackson was born in Yardley, Pennsylvania, the daughter of Heidi and David Jackson. In 2002, she graduated from Pennsbury High School. In 2006, Jackson graduated Phi Beta Kappa from Johns Hopkins University with a B.A. degree in political science.

Jackson and Frank Thorp, a producer and off-air reporter for NBC News announced the birth of their first child on March 9, 2020, Monroe Jackson Thorp. Hallie was married to Doug Hitchner in 2011 and later they were separated.