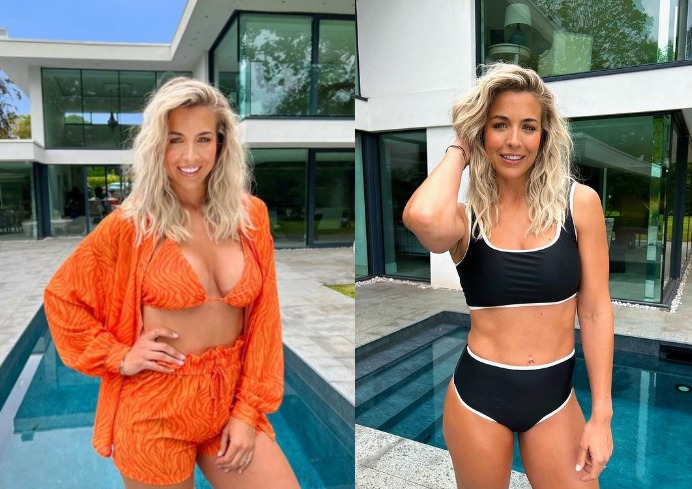 Atkinson has appeared as a contestant on reality TV series such as I’m a Celebrity…Get Me Out of Here!, Celebrity MasterChef and Soapstar Superstar. She has also modelled for lingerie brands, including being the face of La Senza  and Ultimo’s D-G range. She opened Ultimo stores within Debenhams branches in London, Belfast and Glasgow.

In early 2006, Atkinson underwent breast enlargement surgery, which took her bra size to 34E. She said in an interview with Maxim magazine that she lost weight due to a fitness regimen and her breasts had declined in size and the surgery had restored their original size and shape.

Atkinson has appeared in provocative photoshoots wearing lingerie and swimwear, for magazines such as Arena, FHM, Loaded, Maxim, Zoo, and Nuts. In October 2006, she appeared in three of these publications in a single month, becoming one of the most prolific celebrity glamour models in the UK. She has also released calendars yearly since 2006, with those for 2008 and 2009 shot in Thailand.

Atkinson was born in Bury, Greater Manchester. Her father David was Scottish and from Dumfries. She took her GCSEs at Castlebrook High School, Bury. She has a sister, Nina Brollini.

Atkinson is engaged to Strictly Come Dancing professional dancer Gorka Márquez. On 1 February 2019, she announced on Instagram that they were expecting a baby. Atkinson gave birth to a baby girl, Mia, on 4 July 2019. She and Márquez announced their engagement on 14 February 2021.