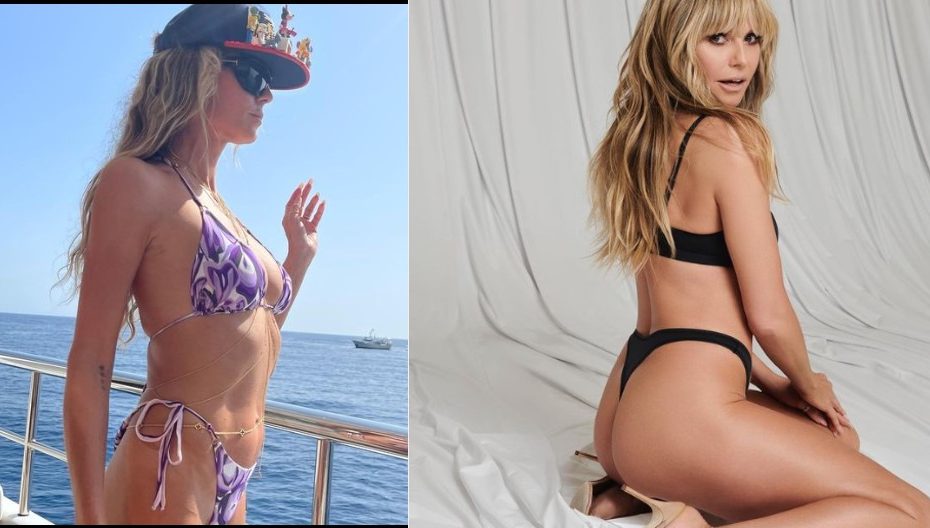 Who is Heidi Klum?

Born on  1 June 1973, Heidi Klum is a German and American model, actress, television host, producer, and businesswoman. Klum is an artist, and she had several of her paintings appear in various art magazines in the U.S. She appeared on the Sports Illustrated Swimsuit Issue cover in 1998 and was the first German model to become a Victoria’s Secret Angel.

Following a successful modeling career, Klum became the host and a judge of Germany’s Next Topmodel and the reality show Project Runway, which earned her an Emmy nomination in 2008 and a win in 2013 for Outstanding Host for a Reality or Reality-Competition Program (shared with co-host Tim Gunn). Klum has been nominated for six Emmy Awards. She has worked as a spokesmodel for Dannon and H&M and has appeared in numerous commercials for McDonald’s, Volkswagen, and others. In 2009, Klum became Barbie’s official ambassador on Barbie’s 50th anniversary.

As an occasional actress, she had supporting roles in movies including Blow Dry (2001), Ella Enchanted (2004), and made cameo appearances in The Devil Wears Prada (2006), Perfect Stranger (2007), and Ocean’s 8 (2018). She has also made guest appearances on TV shows including Sex and the City, How I Met Your Mother, Desperate Housewives and Parks and Recreation. Since 2013, with the exception of 2019, Klum has been a judge on NBC reality show America’s Got Talent.

Klum was born and raised in Bergisch Gladbach, a city near Cologne, West Germany. She is the daughter of Erna Klum, a hairdresser, and Günther Klum, a cosmetics company executive. A friend convinced her to enroll in a national modeling contest called “Model 92”.  Out of 25,000 contestants, Klum was voted the winner on 29 April 1992, and she was offered a modeling contract worth US$300,000 by Thomas Zeumer, CEO of Metropolitan Models New York.

In 1997, Klum married stylist Ric Pipino. The couple divorced in 2002. In March 2003, Klum began a relationship with Flavio Briatore, the Italian managing director of Renault’s Formula One team. In December she announced her pregnancy. Soon after, the two split, and Klum began dating the musician Seal. Klum gave birth to daughter Leni in May 2004 in New York City.

Klum and Seal got engaged in December 2004 on a glacier in Whistler, British Columbia, and married on 10 May 2005 on a beach in Mexico. They have three biological children together: sons born in September 2005  and November 2006, and a daughter born in October 2009. Their divorce was finalized on 14 October 2014.

Klum dated her bodyguard, Martin Kirsten, from 2012 to 2014. She started dating art curator Vito Schnabel in 2014. They broke up in 2017 after three years of dating. Klum privately married Kaulitz in February 2019. The couple’s wedding ceremony was held on the yacht Christina O in Italy in August 2019.

During the live finale of the 10th season of Germany’s Next Top Model in the Mannheim SAP Arena on 14 May 2015, a telephone call by a woman came in at 9:07 pm, threatening that a bomb would go off during the live show. The organizer decided to have the hall evacuated and then call the police. In the meantime, the live broadcast had been canceled and a note was shown to the television viewers, stating that the show had been interrupted due to technical issues. Later on, a man was arrested after he came near Klum, issuing another bomb threat. Thereupon, she was evacuated along with her daughter Leni and the two other judges. A suspicious suitcase was found, which turned out to be a hoax.