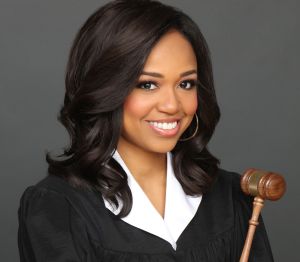 Born on September 21, 1977, Faith Jenkins is an American attorney, legal commentator and media personality. She joined MSNBC as a legal analyst on March 11, 2014. She has appeared on CNN, MSNBC, Fox News Channel, and Fox Business Channel as a legal analyst and appeared on many shows including  Fox & Friends, The O’Reilly Factor, Hannity, and more. She was involved in beauty pageants and won several major titles. She was the first African-American woman to win the Miss Louisiana Tech title.

Jenkins was born and raised in Shreveport, Louisiana, U.S. Her family information is unknown. She graduated from C. E. Byrd High School and attended nearby Louisiana Tech University where she earned her bachelor’s degree in political science. Faith earned her Juris Doctor from the Southern University Law Center in Baton Rouge, Louisiana, where she was ranked first in her class.

Is Faith Jenkins married or single? Who is she dating?

On March 8, 2020, Faith married singer Kenny Lattimore, a long time boyfriend. For the latest updates, follow her on Instagram and Facebook or visit back to our site.